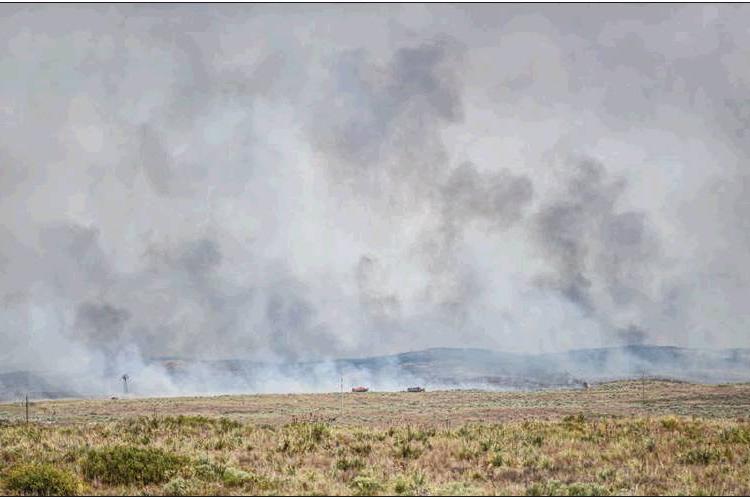 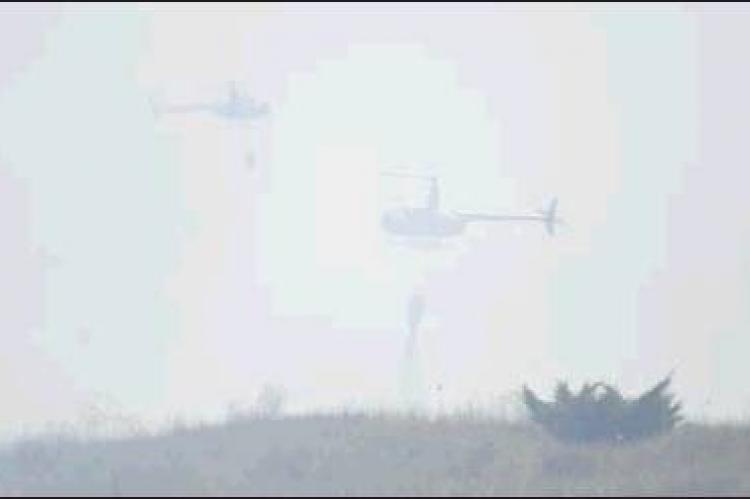 A small, isolated storm cloud appeared over Canadian in an otherwise clear sky just before noon Monday, announcing its presence with a boom of thunder and a crack of lightning. Whatever rain that cloud may have promised, it was far too little for the lightning it delivered.

Within minutes, alarms sounded, calling Canadian volunteer firefighters to a grassfire near the Andy and Penny Orrell residence southeast of town on CR 10. With lights and sirens blaring, firetrucks raced up Main Street to respond. Within 45 minutes, several trucks were racing back down the hill and turning north toward Glazier, where telltale signs of smoke had been spotted on the horizon.

The same small but mighty storm had already gone through the northern part of Hemphill County, and another lightning strike had found dry fuel on the north end of the Urschel Ranch circle. This fire was not going to be so easily dismissed.

Relatively calm southeast winds earlier had accelerated to 20 mph and gusty with the thunderstorm’s arrival, and were driving the fire toward the tiny town of Glazier. The heat was rising. Canadian Fire Chief Scott Brewster said he looked over at one point to check the outside temperature, and it was 108 degrees. In full bunker gear, amid flames and smoke....well, as they say, fire creates its own weather.

Hemphill County Sheriff Nathan Lewis quickly ordered Glazier evacuated. As firetrucks and ambulances roared up US 60 and turned onto Ranch Road 2758, residents were loading their vehicles, with one eye on the growing cloud of smoke to the southeast.

From a higher vantage point on the highway south of town, the flames feeding that cloud were intermittently visible behind the railroad tracks, where a line of BNSF freight cars stood immobile. Calls were placed to the company, advising them to move the cars, and warning that the traffic might be shut down if the fire threatened the tracks.

Helicopters from Mendota Ranch and Flap-Air delivered buckets bulging with water, dropped from the air onto hot spotsone after another after another—then rose, circling back to nearby stock tanks to refill, before ascending again into the smoke-filled black sky.

“We stopped it at the road [just east of the tracks],” Brewster said. “We just had guys there at the right time, with 1-tons and some bigger trucks, pushing back on it.”

Though at one point, concern grew that the flames might leap the tracks, he said, “That downslope may not have caught as much wind. I can’t remember anything getting through.”

With the headfire’s progress finally halted, firefighters focused on the flanks. The challenge was to bring in more water, to keep the trucks loaded, and to lay more water down. “The fire was going right, then it went left,” he said. “It just wouldn’t go out. We had to slow down, and quit going so fast.”

Besides the extreme heat, crews had to contend with graders and trucks getting trapped in the sandhills, requiring periodic extractions.

By mid-afternoon, the smoke had enveloped Glazier. Around 4 pm, firefighters reported, “We’re getting a handle on this.” And at 5 pm, Sheriff Lewis reported that the Glazier fire was no longer a threat, that firefighters were mopping up, and that the evacuation orders had been lifted. “You may return to your homes,” he told Glazier residents.

The fire flared up again around 9 pm Monday evening. Firefighters responded, and were back at the station by 9:30 pm.

A total of 1,193 acres were burned in Monday’s fire, but the town of Glazier had survived.

Firefighters from Canadian and surrounding counties battled the grass fire for several hours Monday, as the cloud of smoke that enveloped them gradually spread to Glazier. The headfire was stopped, though, in a stand on the lease road southeast of town, and was beaten back before it crossed the railroad tracks.

LAURIE EZZELL BROWN | CANADIAN RECORD Barely visible in the cloud of smoke, helicopter pilots Trey Webb, of Flap-Air Helicopter, and Jason Abraham, of Mendota Ranch, attack the flames by dropping buckets of water, gathered from several overflow tanks in the area. “I lost track of how many trips it took,” said Webb. “It was ugly.” He said perfect timing and a team of well-trained firefighters from all over the area finally stopped the fire’s advance at the lease road that runs parallel to the train tracks east of Glazier. “The timing was just right,” he said. “By the time it hit the lease road, we had some good ground assets there and were able to get it under control. Our ground guys are amazing, as well as the other area guys.” Abraham measured the perimeter of the fire, and determined that 1,193 acres had burned. “It seemed more like 10,000,” Webb said.

In the photo at left, smoke rises in the sky south of Glazier Monday, as residents of the community evacuate. Law enforcement and emergency vehicles staged at this intersection of US 60 and Ranch Road 2758, where dozens of fire trucks and water haulers from Hemphill and surrounding counties turned to cross the railroad tracks and headed into the fire, in a massive effort to head off the flames before they reached the small community. 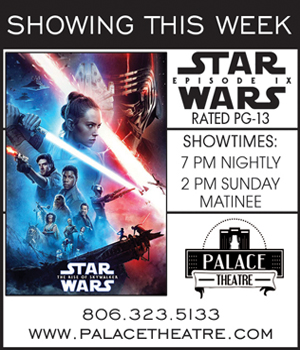