City postpones May 2 vote to comply with Governor’s order; CISD vows to proceed with consolidation election

City officials voted unanimously this week to postpone the May 2 City Council election— which was to have been held jointly with Canadian ISD’s special election on school consolidation—until Nov. 3. The decision was made in a Tuesday City Council meeting, called in response to Gov. Greg Abbott’s recent executive order advising local officials to delay the election to safeguard the public during the COVID-19 pandemic.

In guidance from the Texas secretary of state’s office sent out last Thursday, election officials were advised that—due to Gov. Abbott’s March 31 executive order—they would have to act immediately to reschedule the May 2 election. The order also extended social-distancing guidelines through April 30, defined essential services, and extended school closures across the state through May 4.

“This recent executive order will prevent you from securing polling places, recruiting election workers, and allowing voters a safe way to exercise their right to vote,” wrote Keith Ingram, director of the SOS elections division. Ingram warned that failure to reschedule the election would subject voters to health risks and potential criminal violations. It would also, he noted, put the election at “severe risk” for an election challenge.

The postponement of the May 2 election, however, jeopardizes special elections scheduled in both Higgins and Canadian to consolidate those two school districts. The consolidation has already been approved by both the Canadian and Higgins school boards, but requires approval of voters in both districts. That decision must be made prior to the July 1 school-consolidation deadline.

The governor’s proclamation only authorized the election to be rescheduled to coincide with the Nov. 3, 2020, general election. “There is no authority for a local political subdivision, on its own order, to move an election to any other date,” Ingram wrote, before advising that only two possible options are available:

•A local political subdivision can request the governor’s permission to order a special election on a nonuniform election date. However, that provision only applies to special elections—like the school-consolidation vote—and not to general ones.

•A political subdivision that wishes to hold its election on a date other than Nov. 3 could also try to seek a court order for an alternative date.

At midweek, school officials from both districts indicated their intention to proceed with the May 2 school-consolidation election.

Canadian ISD Superintendent Lynn Pulliam told council members Tuesday evening that he had been in touch with both the secretary of state’s office and the Texas education commissioner in an effort to get some other relief that would allow the school district to hold its special election before the July 1 cutoff date for school-consolidation measures.

“Postponing until Nov. 3 doesn’t work for us,” he told the council. “We are up in the air on when we could have it, but we have to have it before the July 1 effective date.”

“If the city cancels its election,” Dr. Pulliam said, “we are going forward with ours until we receive a directive from the governor’s office that we can’t.”

Wendie Cook urged her fellow council members to postpone their decision pending Dr. Pulliam’s efforts to get more clarification from state officials. “There is more to consider than just the city election,” Cook said. “It is important to maximize the number of voters for school consolidation. That is a huge issue.”

Higgins ISD Superintendent Kristy Waite told The Record that the Higgins City Council had voted 4-1 on Monday to move forward with their council election. They were advised the next day, however, by both the city attorney and secretary of state’s office that neither would defend them should there be a lawsuit challenging the election.

Waite said that she and her school board intend to proceed with the May 2 election—“as far as I know,” she added.

Asked what might change their minds, Waite said, “We have no confirmed cases in Lipscomb County, as of now. This is so fluid. We don’t know from one day to the next what is going to happen.”

However, Waite noted, “Higgins is so small, we feel that we can take precautionary actions.”

Among those actions, she said, they plan to allow only one person at a time to vote, and will put up plexiglass and have disinfecting wipes on hand. She also mentioned that many of the voters are older, and will be voting by mail.

Canadian’s council members consulted Tuesday evening with attorney Angelique Weaver, whose interpretation of the governor’s executive order was that it is a mandate, and that the council must postpone its election until Nov. 3.

City Secretary Kimberly Sloat reminded the council that it must notify early voting judge Janice Schafer by Friday April 17, if it intends to postpone the city election. A notice to that effect must be published no later than April 22—which, because The Record is a weekly newspaper, will require publication in the Thursday, April 16 edition.

Three contested council seats are the only local races that were slated for the May 2 election. Wendie Cook and Gary Prater are both running for re-election to the council, while a third member—Blake Beedy—opted not to run again. Two other candidates—Ashlee Talley and Jocelyn Timmons—have joined the race for the three expiring terms.

Three other local entities—the hospital board, water district board, and school board—attracted no contested races and canceled their elections. 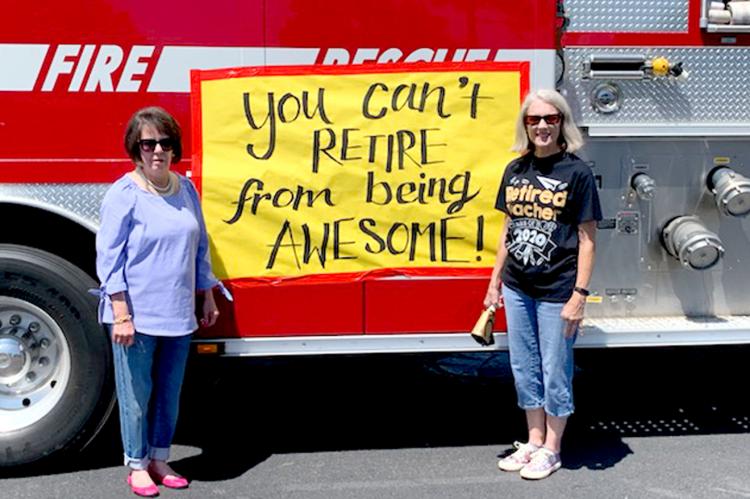