One of our newest Rotarians is Janet Guthrie. As tradition goes, all new members must give a “classification talk,” in which they tell a little about their background and how they got to where they are today. Janet humbly claimed that even though she is used to speaking in public through her job at the Hemphill County Underground Water Conservation District, this was one of the hardest speeches to prepare for as she is not used to talking about herself.

Janet grew up in Panhandle, and contrary to what many would think, she did not play basketball, but instead played tennis, participated in drama, and was part of FFA. Upon graduation, she thought she wanted to be a chiropractor, until she realized it came with a lot of science classes. So, she opted to do something that even surprised her—she went to Clarendon College to chase cowboys and see where life took her!

While at Clarendon College, Janet got involved in drama once again, and also found a new passion in collegiate horse judging. She traveled across the USA judging world-class horses, including some that belonged to local names, such as Bill Morris and Dan Urschel, whom she never imagined she would meet. Little did she know that she would indeed find a cowboy—and where would life place her and Lynn, but in Canadian, where she would get to know the families of those horses she judged as some of the finest.

After Lynn and Janet graduated from Clarendon, with an associate degree in science and certificate of ranch and feedlot management, and an associate of science degree, respectively, Lynn joined Canadian Feedyard, while Janet worked at First National Bank. After being at First National for a number of years, Janet moved across the street (gasp!) to First State/InterBank for another 17 years. Lynn currently works for Randy Bailey on the J-Bar Ranch, while Janet is on her 18th year of working at the water district.

After a hard decade of struggling with infertility, which Janet says she is learning to be more open about, Lynn and Janet were blessed with three children. Their oldest, Nicole, graduated from West Texas A&M University. Their son, Destry, attended Tarleton State University and now works at Canadian Feedyard. Their youngest, Vanessa, is attending WTAMU studying health sciences.

Janet still loves anything to do with horses and attends rodeos and horse races when she can. She is active in their church, the Canadian Church of Christ; the community; and in keeping up with the kids. Janet and Lynn recently celebrated their 35th wedding anniversary and pray for another happy and healthy 35 years to go.

Christina Hadaway led the songs with the help of Pat Popham on the piano. Alexander’s spoiled with beef tenderloin, salad, rolls, and chocolate sheet cake. Steve Rader hosted Ben Needham as his guest. George Briant won his free lunch. Curt McPherson pulled the 9 of hearts. George Briant enlightened the group on the Hemphill County Fund which will soon be distributing a total of $17,000 spread across three different 501(c)(3) organizations in Hemphill County. This particular fund is something to keep in mind as an option of where to contribute your estate assets, in order to help the county continue to prosper. 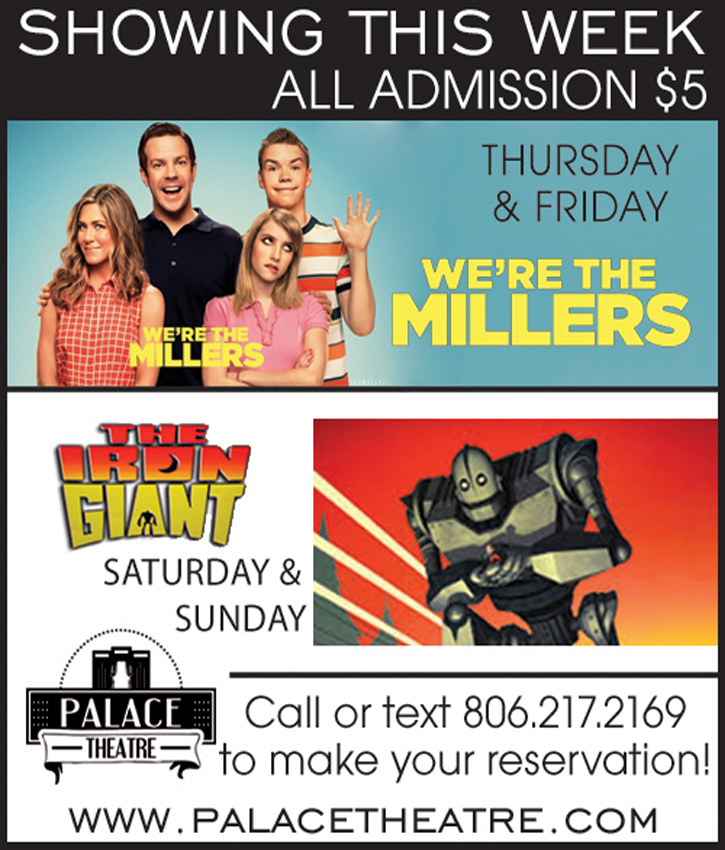 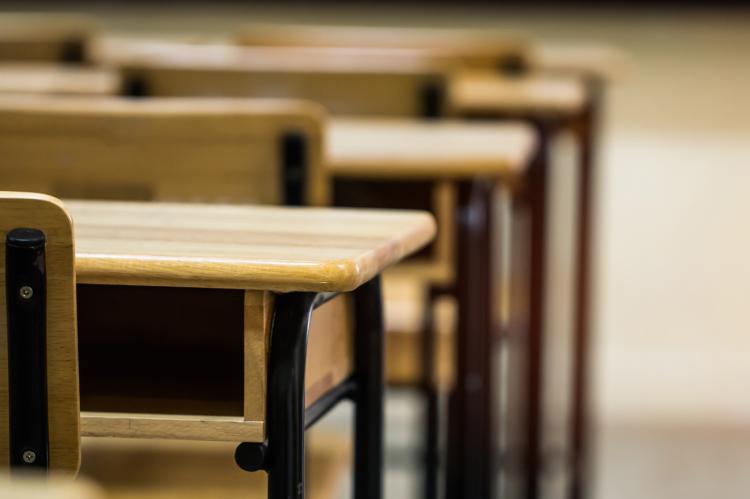 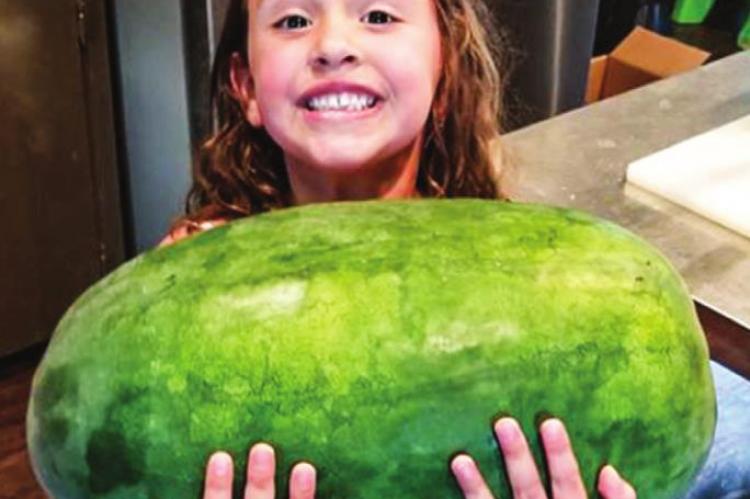 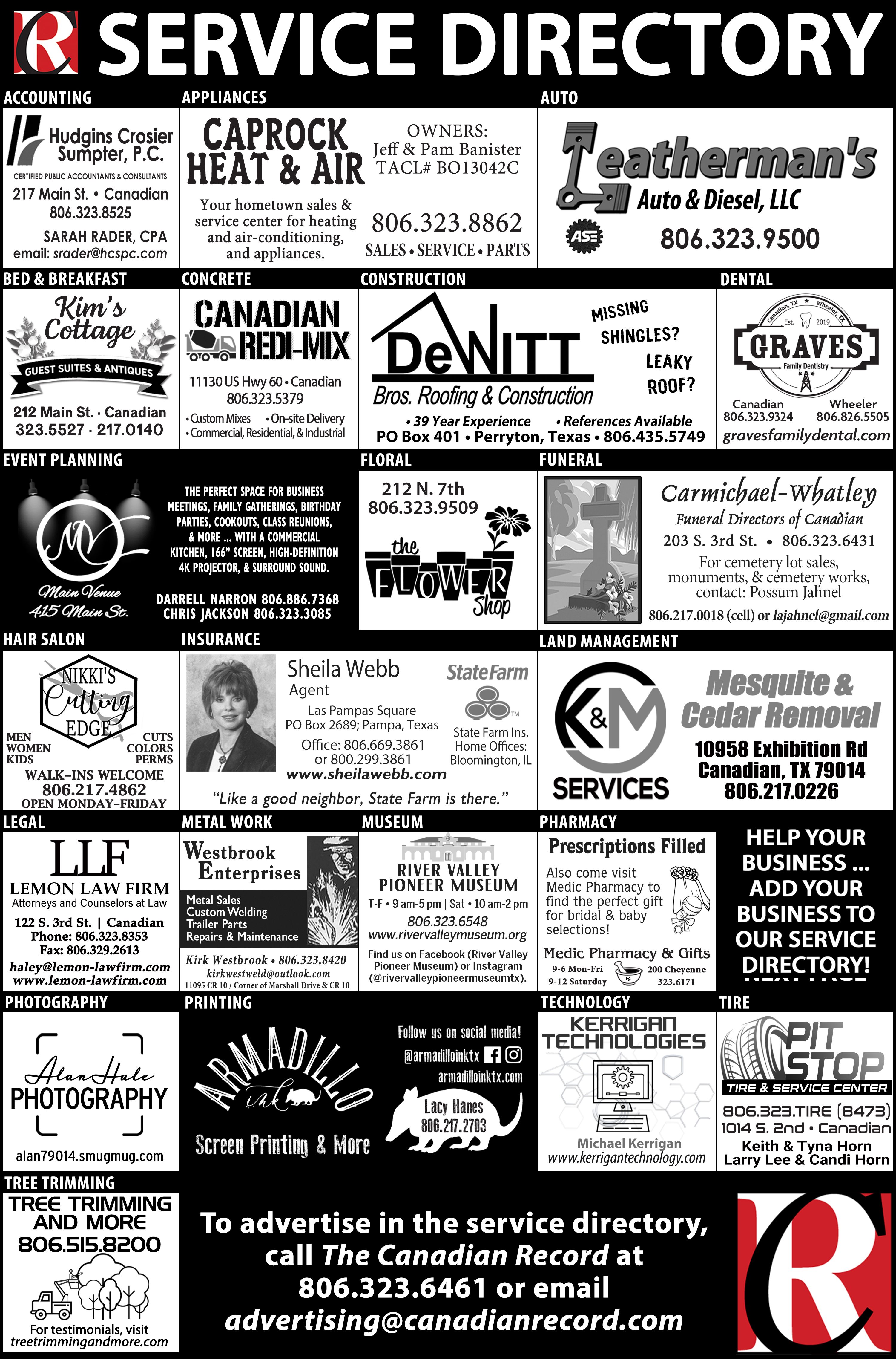